“’ To Flush or Not to Flush’, that is the Question!”… Bathroom etiquette in Mexico! 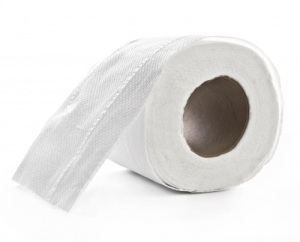 Traveling in México, well shoot, even at Mexican restaurants, bars, discos in the United States you will notice the trash can!  Toilet paper is NOT flushed because of clogging drains, filtering water, and the lack of modern sewage systems.

You see, in Mexico, in most places you don’t flush toilet paper; it must be neatly thrown away in the trash can in the stall.  At first, I was repulsed by the notion, but after living in Morelia, Michoacán for some time, I came back to the states and the first week or so my hand after well, wiping naturally reached over to throw the t.p. in the can.  It took some time to break the habit, a bit of reverse culture shock.

You might also notice that some toilets don’t have seats.  It is not because they have broken, but rather because in Mexico, toilets and toilet seats are sold separately.  I found that out after having a conversation with a store clerk.

BEST TRAVELING IN MEXICO TIP: ALWAYS CARRY A ROLL OF T.P. with you and have at least 10 pesos to pay for bathroom entry!!  I learned this the hard way.  I was in Morelia, Michoacán, studying abroad.  I went to La Michoacana, the university to pick up books and my school ID.  I took a quick trip to the bathroom.  After using the facilities, I reached in for the toilet paper and to my chagrin, NOTHING! I mean not even a square of t.p.  It was not the most pleasant of experiences I‘ve had, but it was indeed a lesson learned!  I never left the house again without a full-sized roll of t.p.

Many places will have public bathrooms, but you must pay on average 3-5 pesos to use them.  There is usually an attendee who allows you in and hands you a few squares of t.p.  That’s right…ONLY a FEW squares of t.p.!  And sometimes, that is just not enough!  So having the roll of t.p. in your bag or pocket comes in very handy!

So in summary of toilet etiquette in Mexico:

11 thoughts on ““’ To Flush or Not to Flush’, that is the Question!”… Bathroom etiquette in Mexico!”